How Many Homeruns Will Aaron Judge Make In The 2023 MLB Season? Analyst Make Predictions 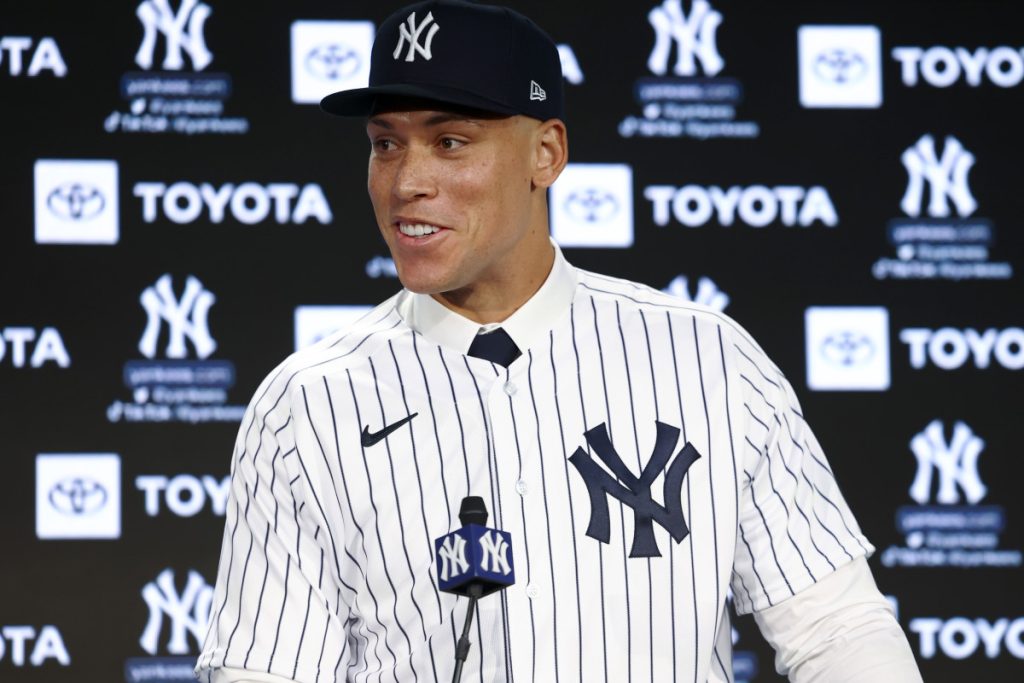 Aaron Judge is all set to mark another record-breaking season next year with the Yankees. This year, he successfully made a historical record by securing the most home runs in a season. He was named MVP and also an athlete of the year by Time Magazine. These achievements of Judge made his worth so high that the San Deigo padres crossed the border of $400 million in terms of offering contracts. By the way, the slugger is back in the Bronx with a career-ending contract of 9 years with $360 million.

Now that after a lot of struggle, the Yankees once again have Aaron Judge on the team, they are not remaining behind in predicting his future. Several predictions have been made for how many home runs he will make in 2023. Some of the results are really surprising.

Let’s talk about the predictions made by the Baseball-Reference. For Aaron Judge, they expect 2023 to be dramatic again. Unlike this year, the 2023 season will not be filled with the same records. The predictor believes that Judge will be able to make 41 home runs which are 20 less than how many he did this year.

Going beyond the home runs, they started to estimate Judge’s average battling. This season the slugger posted a .311 average, but next year, there will be a huge drop making it to .288. And speaking about the RBIs, they do not lack in predicting a decline. The Baseball Reference believes that Judge would only be able to make 99, dropping straight from the 131 that he made this year.

Despite The Negative Predictions, Yankees Trust On Aaron Judge

These predictions are indeed horrifying for Aaron Judge. But these are the predictions! No one can say what Judge will be able to do next year. Despite these negative sayings about Judge, his team remains confident in his best results. These declined predictions of Aaron Judge never haunted the Yankees. Despite these, the Yankees went to Judge with the highest deal they could ever imagine of. From 213.6 million dollars to 360 million dollars, Judge was also the first priority for the Yankees.

The Yankees have never been a champion team since 2009. But with Judge’s rising as a star, they can see a bright future for the Brox Bombers. When Aaron was in his free agency period, The Yankee’s heads had sleep-less nights in fear of the Giants extending offers. Not only the Yankees but also the San Francisco Giants believe that Aaron Judge will make more than or at least a similar Home runs as this year. The $400 and a ten-year deal provided by the Giants and Padres are proof that Aaron Judge is the most demanding player of Baseball at present.