George Russell’s Life Changed After Competing With Lewis Hamilton! How Is That? 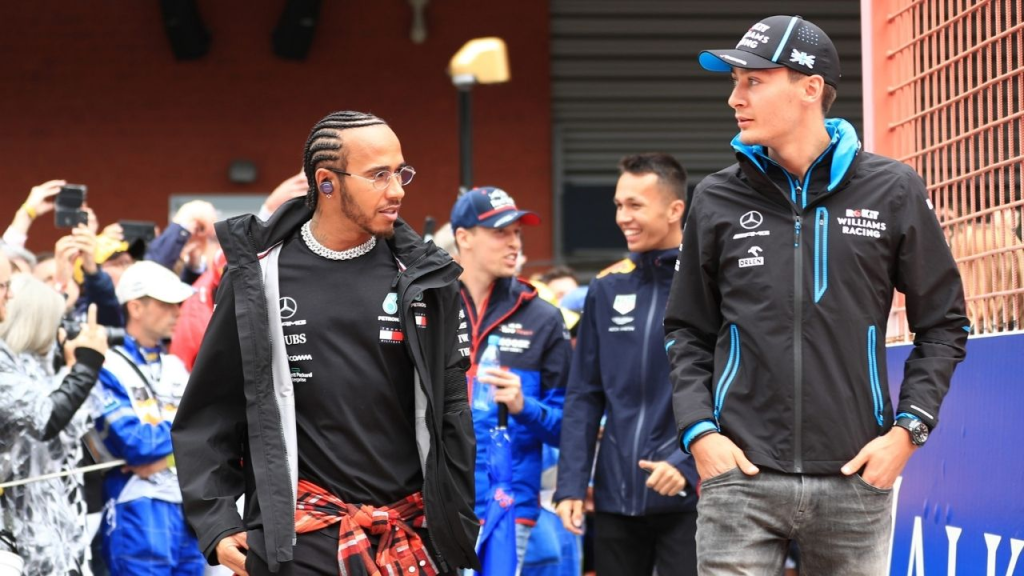 Since competing against Lewis Hamilton at Mercedes, George Russell has experienced a rise in celebrity. But Russell has recently stated that he still “feels like a normal person.” Despite his newfound fame, the former Williams star claimed he still tries to “live a normal life” and does not consider himself famous. After pondering Williams last season, Russell decided to go to Mercedes ahead of the upcoming campaign. And one of the most discussed topics of the campaign thus far has been his performances.

In every race George Russell has competed in this season, the 24-year-old has finished in the top five. The only time he has not collected any points was when he wrecked out of the British Grand Prix. After a strong start, he earned five podium finishes and maintained a 12-point advantage over Hamilton in the drivers’ title. Russell insists he hasn’t changed despite his newfound success in an interview with F1’s Beyond the Grid Podcast. He responded, “I don’t know. I still feel like a normal person.

George Russell’s Life With The Fame

Recently, George Russell discussed that he would respond, “Not really, no,” if someone asked him if he was well-known. It’s new and special to be recognized on the street, and it’s amazing to witness the support. Especially during F1 weekends when people frequently stop at eateries. Russell stated, “But, I’m 24 years old. I try and live as normal life as I can, relatively speaking, bearing in mind that the sport I do is incredible. And I feel so grateful and privileged to be in this position”. He continued, “You’re flying around the world, driving a Formula One car in front of hundreds of thousands of fans. I guess it’s pretty spectacular.”

In his most recent race, the Hungarian Grand Prix, the Silver Arrows rookie earned the team’s first pole position of the year. In addition, his third-place finishes in France and Hungary gave him his first back-to-back F1 podium finishes before the summer break. George also mentioned that some people have requested that he sign strange objects or body parts. And a few unplanned presents along the way. Although it’s a little odd that there haven’t been any particularly noteworthy ones, he truly appreciates it and thinks it’s amazing.