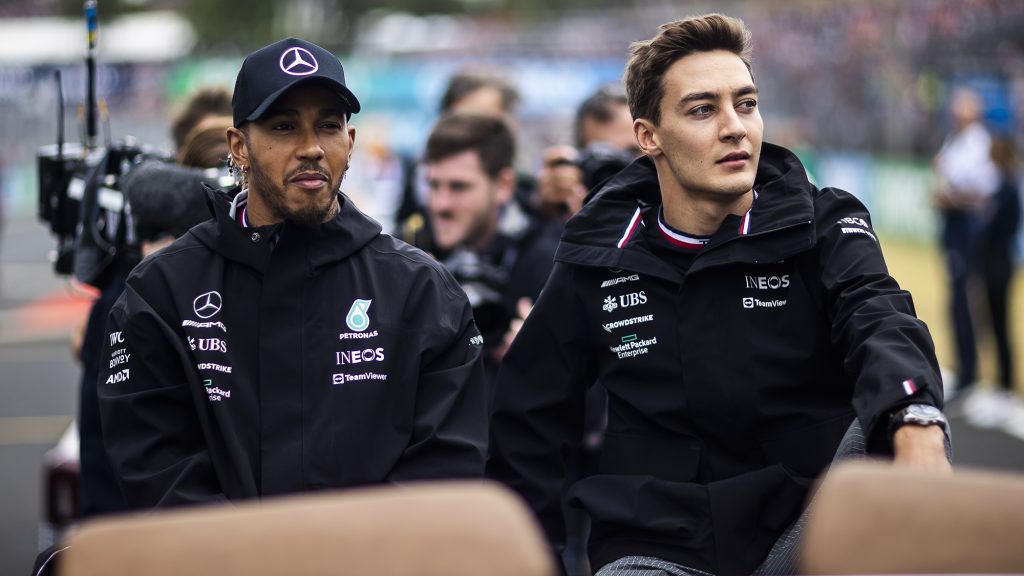 Lewis Hamilton had 2022 as the most flawed season in his career to date. On the contrary, his teammate George Russell statistically had the ‘best one’ since he debuted in Formula One as he won his maiden race there. He also finished “the worst” season 35 points ahead of the seven-time world champion. The boldness of the 24-year-old Mercedes drivers got even higher when someone like Sir Lewis Hamilton, who got the same W13, was surpassed. Defeating the most GP-winner driver being teammates, must have been uplifting for Russell.

George won his career’s first and Mercedes-only race in Brazil. The nation officially honored its citizenship to Hamilton just before the Sao Paulo Grand Prix. Apparently, the people of Brazil wanted Lewis Hamilton to secure his first victory of the season as a Brazil native. However, unfortunately, not Hamilton but his teammate remained unbeatable at Interlagos. George Russell won the race that was meant to be Hamilton’s. Yet, no one was upset because the seven-time world champion at least got P2, and also George was totally deserving!

Nevertheless, beating Hamilton in the race and in the driver’s standings has motivated enough the fellow Britton to win next year’s championship. Russell considers himself well-fitted to be the contender for the 2023 title-sealer. When the racer asked George Russell about the upcoming season, he said, “I have got enough experience that I feel ready to fight for a championship. I am experienced enough to be able to handle the challenges and the difficulties that will come next year.”

“I Am Used To With The Habit Of Beating My Teammates,” Says George Russell After Beating Hamilton

However, he clarified that, obviously, Lewis Hamilton and Max Verstappen have more experience than him. George Russell believes that going out, putting it on poles, and winning every race you participate in makes you a world champion. And, for this, “you just need to focus on smaller details and that’s how you can get the championship in your hand,” stated the Brazilian Grand Prix winner.

The 24-year-old has a key to his success in the 2022 season that made him defeat the seven-time-word champion. And that key is nothing but being consistent. However, despite winning Mercedes’s only race of the season, George Russell never got the dominance over the team that he used to get with Williams. Russell knows that at the Silver Arrows, it will always be the seven-time world champion, more dominant in the team.

In the interview, Russell revealed that the team went through the stats. And they found that 95% of the time in the last 5 years, George had finished ahead of his teammates. “So I was used to get a certain level of outscoring my teammates. Or, you can call it whatever you want.” said the younger Mercedes driver.

However, if 55/45 comes in my favor, then even if George Russell loses 45% of the time, it will still be an incredible success for him because it would have come against Lewis Hamilton. Russell believes that psychologically he needs to set himself up for small failures. He knows that in every season, he can’t beat Hamilton, not in every qualifying or race in the future. But he will try to be better on his own.