Five Records Max Verstappen Can Break In The Remaining Races Of 2022 Season! What Are They? 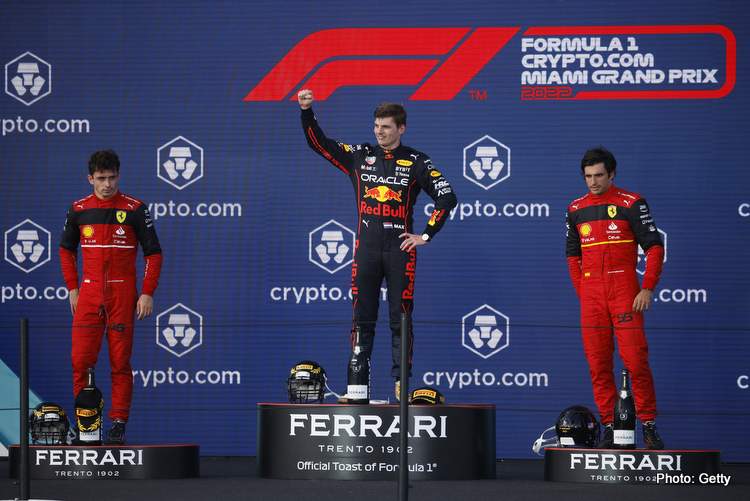 Red Bull is set to kiss the heights of success once again with another world championship title. Their lead driver, Max Verstappen, has achieved something far more unexpected this year with his unmatchable performance on the formula one track. Currently, Verstappen is at the top of the driver’s standings, 116 points ahead of the second-positioned Ferrari’s Charles Leclerc. This blooping margin is certainly unattainable. And it is almost said and done that Max Verstappen is clinching this year’s title as the World Formula One Champion.

This is being said when six races are still left in the 2022 schedule of Formula One. However, the Dutchman now has some different goals other than winning the championship. The Red Bull driver is on his way to breaking the highest of the records donned by some of the greatest of all time in the Formula One fraternity. But what are the records Max Verstappen can write his name on in the upcoming Grand Prix? Keep reading to find out-

Right now, Max Verstappen is at the top of the race with 335 points in the driver’s standings. He is 116 points ahead of Leclerc. However, the record has been held by none other than Sebastian Vettel over Fernando Alonso since 2013. The then Red Bull driver achieved the championship victory over Alonso with a grand margin of 155 points. So now, Verstappen needs just 40 points to sweep the record under the rug, which he can easily attain in the upcoming races.

This is one of the longest-standing records in the history of F1, in the name of two-time world champion Alberto Ascari. He won nine races consecutively from 1952 to 1953. Right now, Max Verstappen has won five races in a row. So, if he secures another four victories in the upcoming races, then he can clinch another unreachable record for himself.

Most Fastest Laps in a Single Season

This is a little hard to achieve. But with Max Verstappen’s race track record, we can surely say that anything is possible for the Red Bull guy. Michael Schumacher & Kimi Raikkonen jointly share the record for the fastest race laps (10) in a single year. And right now, Max Verstappen is at five. Therefore, if the Austrian racing team’s driver secures the fastest lap in five out of the six of the remaining Grand Prix, then this record will be his.

Most Points in a Single Season

Most Grand Prix Victories In A Single Season

This year, Max Verstappen has already won 11 out of 16 races so far. And six races are still left n the 2022 schedule. Although the Red Bull driver needs two more wins to tie the record with none other than the legend Michael Schumacher & Sebastian Vettel. Both the Germans lead the way with 13 wins in a single year. And with six races remaining, Max Verstappen can easily achieve the feat and become the driver to achieve so many accomplishments in such a short span.