Ferrari Focused On Winning Races Rather Than Leaving Mercedes Behind In The Constructor’s Championship. 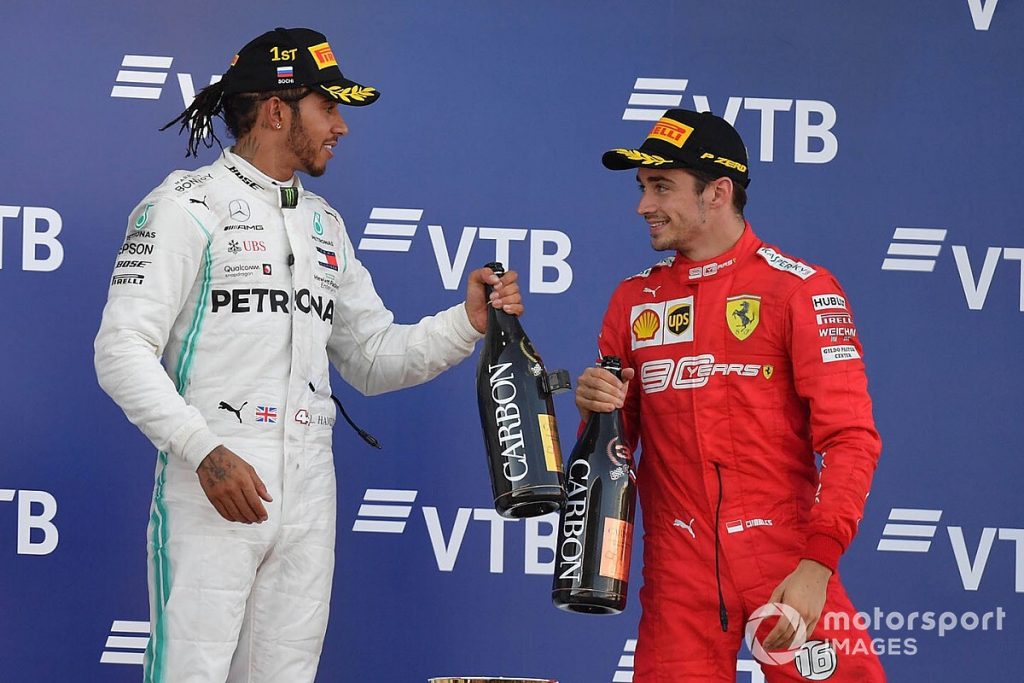 Scuderia Ferrari is leading Mercedes-AMG by 35 points in the constructors’ championship with four wins so far. Now, only six races are remaining to take place in this year’s calendar. And as per the statistics, there are high chances that Mercedes will lose to Ferrari in most of the races. The Prancing Horse is just 139 points behind the almost title-winning team, Red Bull. However, the Scuderia driver Carlos Sainz seems more concerned about winning the races than leaving behind the Silver Arrows.

According to Carlos Sainz, the top priority for the Ferrari team is to win the rest of the races. They are not racing with the intention of pushing down Mercedes. In an interview with the Racefans, the Spanish driver said, “We are concerned about getting back to winning, more than beating Mercedes.” Sainz pointed out that the team will get back to clinching the top position before the season ends. And with this, the battle with the Silver Arrows will automatically resolve itself out.

Besides, the Ferrari driver also believes the team already has a history of qualifying cars in the top three and top four positions this year. So, for now, they just need to get the winning pace back. He further explained how the Scuderia had a better race pace. And with that history and experience, they would try their best to outscore Mercedes and win the constructor’s title.

Scuderia Will Be The Runner Up, Claims Emerson Fittipaldi

On the other hand, former F1 Champion Emerson Fittipaldi seems very much confident about Ferrari’s fight back. He assumes Ferrari deserves the runner-up position at the constructors’ championship. And, to be more precise, it can be said that the former world champion is negative about Mercedes’s chances.

As recently, you can see that Mercedes has also done a GREAT JOB! The improvements it has made have allowed the eight-time consecutive constructors’ champions to maintain their position in the top three order of the races. Out of the last nine races, eight have featured Lewis Hamilton and George Russel in the top three on the podium. Despite the above appreciation, Fittipaldi said, “But the Ferraris are still extremely fast and competitive.” He also mentioned the two Ferrari drivers, Charles Leclerc and Carlos Sainz, who can work hard enough to make a win.

Going with the stats, chances are still for the Mercedes to outscore Ferrari. But according to Emerson, it will be very hard for the silver arrows to bow down the Ferrari. He said, “I think Ferrari is going to finish ahead.”

At last, Emerson Fittipaldi added a pint of positive belief for Mercedes fans. He recalled the fact that they were very behind initially. Lewis Hamilton and the team faced difficulty adjusting to the new rules set for the cars. As fans already know, even when the Mercedes cars didn’t have enough grip and power, they worked hard and tried their best. So, the former F1 champion affirmatively stated that Mercedes could make a very strong run in Singapore.

Now, let’s see who wins at this weekend’s Singapore Grand Prix at Marina Bay Street Circuit. Till then, stay tuned to SportsNewsInternational.com. For more such updates about your favorite sports.