Fans Trolling LeBron James For Being A “PETTY KING,” See What He Did In Last Night’s Game Against King’S’ 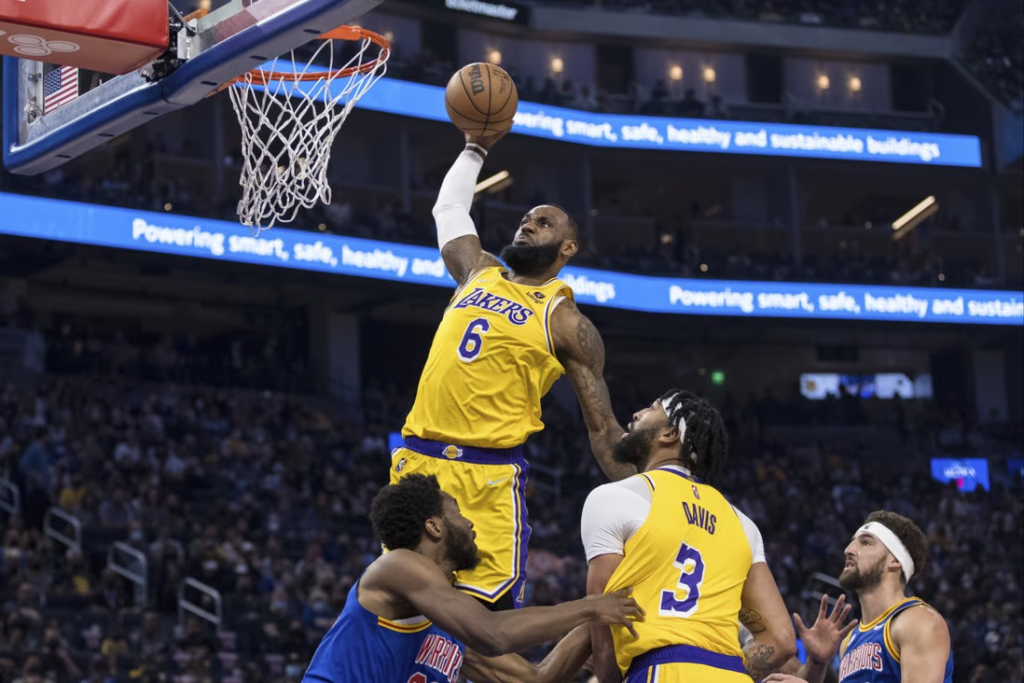 Unfortunately, the Los Angeles Lakers don’t look too good. They recently lost their star player and winning vigor. The 29-year-old in-form player has left a huge gap for the Lakers to fill. Various rumors and plans have surfaced in the news. But there is no official report from the organization itself. After his injury, the Lakers have started taking the trade seriously, but their ability to delay actions has let them down. In the meantime, LeBron James is on the court smashing 30 points in every game. Although the Lakers’ future looks dark, James is on his way to going down in the NBA as history.

The Lakers currently sit at the 12th position in the Western Conference table. But it can get worse if they dont make changes soon enough. Meanwhile, LeBron James takes charge of the 2020 champ all on his shoulders. And to support the Akron Hammer, LA is looking to conjure a 31-year-old sharpshooter. Everyone is aware of the shooting problems that the Lakers are facing this season. A sharpshooter can help provide numbers from the range and would be a great addition for the time being. Keep reading to find out who this sharpshooter is.

Ahead of playing against the Sacramento Kings at their home stadium LeBron James posted something. After seeing the post, the fans went crazy and trolled the Lakers superstar for being “corny.”

LeBron crossing out the S in “Kings” for his Instagram post is the funniest thing I’ve ever seen pic.twitter.com/c1NpVDKbt2

LeBron James posted a photo of Golden 1 Center, the Kings’ home stadium. But James crossed the S from Kings written for Sacramento Kings to mark his arrival. And instead of getting appreciated, King James got heavily trolled for his photo. The Lakers even lost the game against the Kings.

LeBron Needs Help Alongside Him

There is no doubt that the Lakers have always been a teaser when it comes to trading players. Many fans also believe that the team gets in touch with a player and then leaves them in the dirt. It is a true story as far as this season is concerned. The Lakers’ name can be linked with every potential player, but no further news comes along. Fans even took the conversation to Twitter to express their irritation with their favorite team. The four-time champ will crumble under pressure if the Lakers do not sign anybody to pair with LeBron James.

Meanwhile, the 31-year-old sharpshooter who is trending with the Lakers currently is none other than Terrence Ross. And it looks like Hollywood could have him without losing any of their first-round draft picks. Losing draft picks has been a very sensitive conversation for the Lakers. However, the talk of the town said that LA would trade draft picks if they received an MVP-level player. But the chances of that happening remain quite slim this year. Meanwhile, LeBron James was called names because of his recent Instagram post.