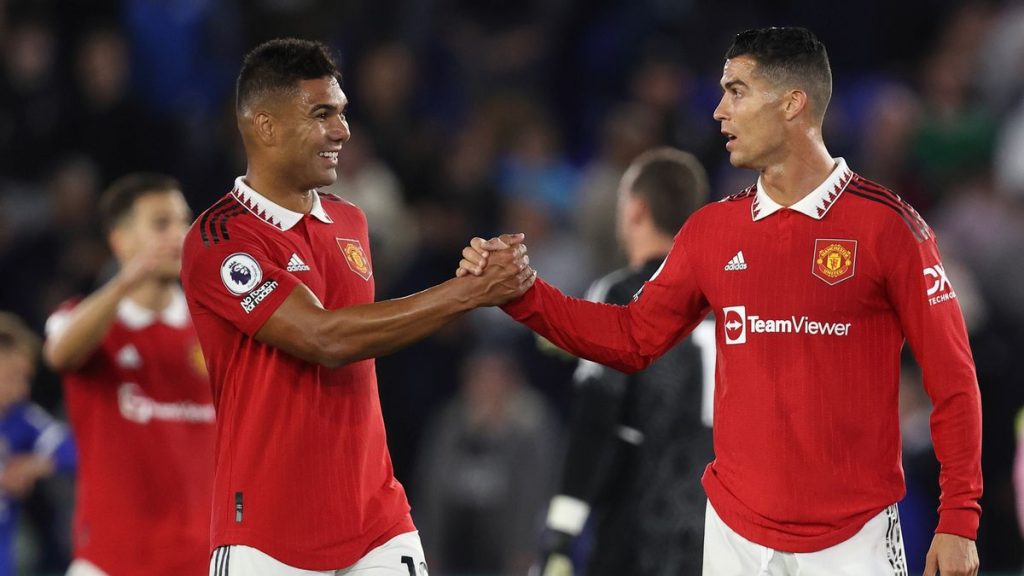 Cristiano Ronaldo is highly in the news because of his interview and the last FIFA World Cup that he is playing in Qatar. Just before starting his World Cup campaign, Cristiano received a statement that mentioned his exit from the club. According to the fans and Piers Morgan, his departure would have been good news for the Portuguese striker. But before leaving, Ronaldo stirred up many things inside the Manchester United administration. After his interview, many fans now want to change their owners, who have done no good for the club.

Cristiano has had two spells at Old Trafford in his two-decade career, which is still up and running. But after his return, Ronaldo said that the club has not significantly improved in providing players with better facilities. And now fans believe that the reason behind the club’s mediocrity is because of the lack of interest from owners. Meanwhile, Ronaldo’s ManU ex-teammate Casemiro made a daunting comment on the departure of CR7. Keep reading to know what did Casemiro say about his former teammate.

Casemiro and Ronaldo joined forces in Real Madrid before they eventually came together in Manchester United. The two have won many trophies together back in Madrid, wearing white jerseys. The tank joined United last summer and has been a significant player for the team. In a recent interview, Casemiro talked about Ronaldo, saying they are sad that he left. But the defensive midfielder wished him luck and the best for him but not when he plays against Casemiro.

He also said he had not exchanged messages with his former teammate yet. Perhaps the warning from Casemiro if they faced Portugal on their way to the Finals of the World Cup. Both have led their teams to victory in the first round of the World Cup. Portugal won their game 3-2 against the African team Ghana.

Meanwhile, Brazil won 2-0 against Serbia. Brazil even suffered a setback as Neymar injured himself in the first World Cup game. If both Portugal and Brazil keep at it, they could meet each other in the finals. And this meeting remains the reason for Casemiro’s polite warning to Ronaldo in the interview.

Since Ronaldo is a free agent in the market after his early termination from Man United, some teams have already started approaching him. According to the reports, the striker has received an offer of £186 million from the Saudi Arabia club. It is the same club that offered a similar deal for Cristiano in the last summer transfer window. Despite his age, an offer of such a high amount is mind-boggling for football fans worldwide. But the 37-year-old striker has always made it clear that it is not about money for him. He wants to retire at the topmost level of the game and will look for some European Club after the World Cup.