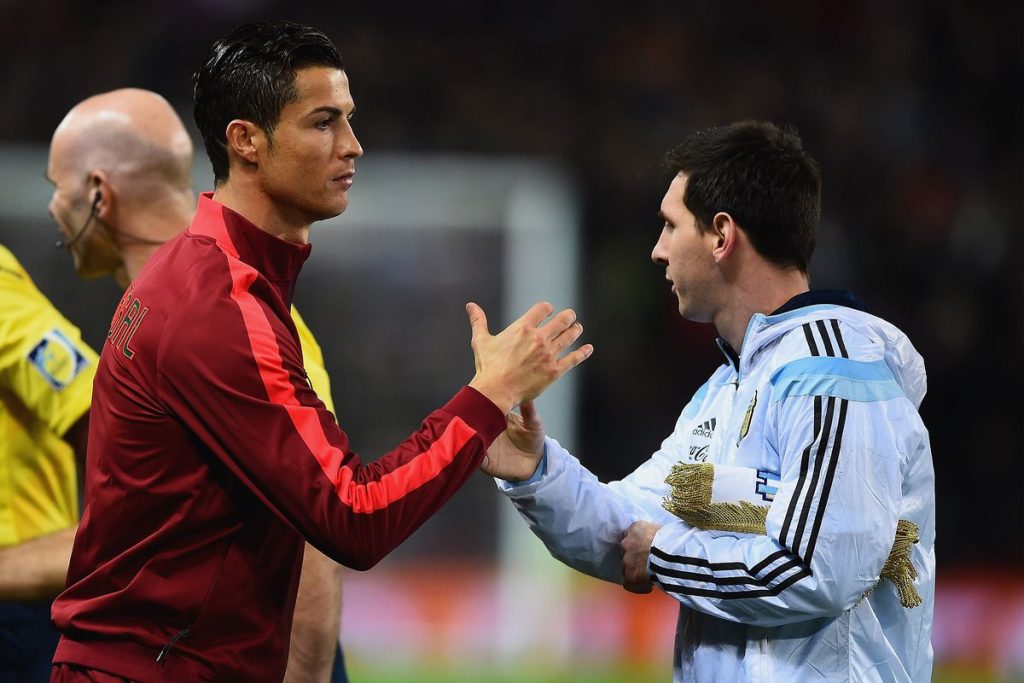 Cristiano Ronaldo recently created the second most-liked Instagram photograph with his colleague Lionel Messi. The scene of two GOATs getting clicked together was made possible by Louis Vuitton. However, both the stars were not present on set at the same time to create the most beautiful moment of the football. The photograph went crazy viral as it surfaced just ahead of the World Cup for the luxury brand house’s advertisement campaign.

After all the pictures, Ronaldo told in the interview that he is ready to get down to business. Moreover, this could be his last World Cup and the only chance to win the trophy. And this World Cup also offers the opportunity for the Ronaldo vs. Messi final.

Ronaldo And Messi Creating History In The World Cup

Only a handful of players can say they have played in five World Cups in their 20-year-long career. Cristiano Ronaldo is set to join Lionel Messi to play his fifth World Cup in the Portuguese jersey today. When the 37-year-old comes on the pitch to play their first group match against Ghana, his name will forever go down in the books.

The five times Ballon d’Or winner came to join his national side after wrapping things up in Manchester United. Evidently, Ronaldo’s explosive interview with the British journalist Piers Morgan was his ticket out of the club that did not seem to respect him.

However, keeping all the controversy behind him, the 2016 Euro Cup winner would want to bring the trophy home. Mr. Champions League would want to go all out as this could be his last chance to win the trophy. But the road to the trophy doesn’t look easy as the underdogs give their all to win over the huge title favorites. Yesterday only Messi’s Argentina lost their first game against the Saudi Arabi after scoring only one goal in the game. After the defeat of the seven-time Ballon d’Or winner, all the heads turn towards Cristiano as he will play his first game today.

Is Cristiano Ready For The World Cup?

The 37-year-old claims that he feels better than ever about going out there and giving the best. But the past few months have not been the greatest on and off the field for the Portuguese striker. However, Ronaldo is famous for his professionalism and performance on the pitch. On Tuesday, Cristiano was released from United with a mutually decided agreement with a thank you note for Ronaldo. The consisted of appreciation for Cristiano’s contribution to the club in his two spells at Old Trafford.

Many believed that this controversy could have an adverse effect on the dressing room of Portugal. Some players are Ronaldo’s teammates from United and Portugal as well. However, the coach and players have made it clear that it changes nothing, and they are on national duty. With Man United off his back, there is nothing else for Cristiano to distract him from World Cup.