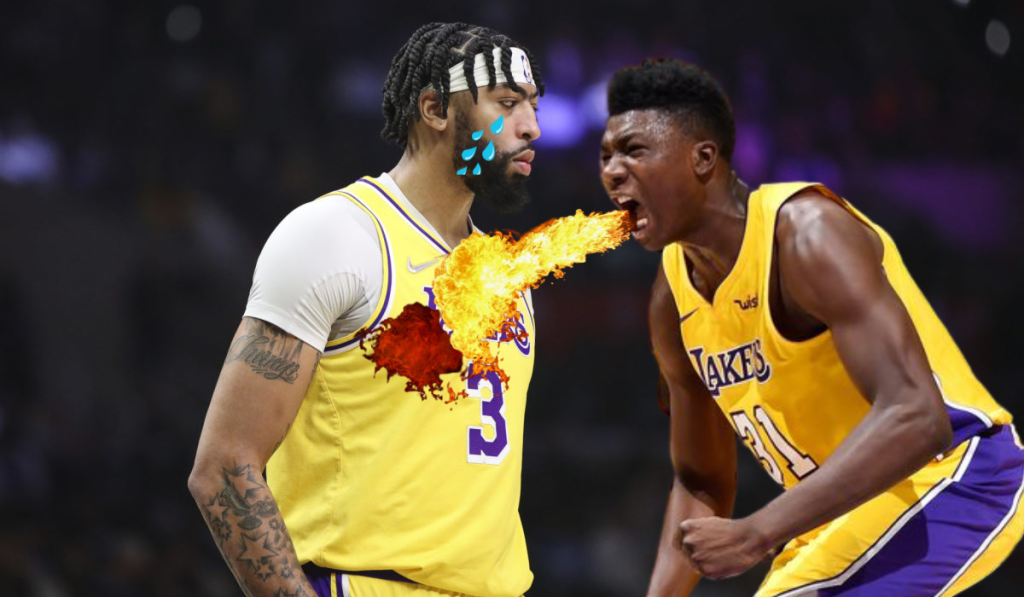 The Los Angeles Lakers clearly miss their best player Anthony Davis, and without him, they seem to fall apart. LA has been at its best for the last two weeks as they miss Anthony Davis’s monstrous presence on the court. The Lakers only managed two wins in the absence of their loved center and lost four games. If the Lakers do not find a solution to play without Davis, it can get uglier for the Lakers. However, the team has shown progress in their last game but still lacks consistency.

Everyone in the postgame interview accepts that they miss Anthony Davis, but they also know he is irreplaceable. The Lakers are so desperate to fill the gap Davis left that they played all five guards against the Mavericks. According to coach Darvin Ham, they will have to try something to cope with the damage. It did make sense, but the strategy had to start LeBron from the bench. It seems like the hole Anthony left will be a hard fill for the Lakers. However, the head coach has not given up on the experimental approach that has brought him here.

Is It Even Possible To Replace 2020 Champ Anthony Davis?

The way the Lakers are playing, it looks like they got way too dependent on the 29-year-old to win the games. And now they are suffering as they did not have plans if Anthony Davis got injured. The nine-time All-star is delicate as cotton, and he was already going through back pain. If the 2020 champ had not hurt his foot, he would have definitely hurt his back with all the extra pressure he succumbed to. Meanwhile, the Akron Hammer has been unable to do the same that Davis established in his absence.

In these tough times, the Lakers look towards their most senior and experienced player for the way forward. But LeBron James has been great individually, but he has not been able to establish his presence on the court. Anthony Davis used to be a beast on both sides of the court, as he is younger and faster than James. But King James is required to reserve his energy to score points rather than run unnecessarily, leaving gaps in the defense. Therefore the Lakers have looked lost and confused on the court because of constant changes.

The Lakers replaced the Anthony Davis position with Thomas Bryant, who was on the bench for most of the season. Apparently, he injured his thumb in training and could not join the squad due to recovery from the injury. The 25-year-old performed well last night against the Orlando Magic, scoring 21 points and 10 rebounds for the team. However, he will be tested to the limits in their next two games before wrapping up 2022. Although he can’t fill Davis’ shoes, he is trying to help the team in every way possible. In the meantime, the Lakers prepare for the next game with the Heats.