Daniel Ricciardo's contract with McLaren finished with the 2022 F1 season. He was waiting for any empty seats in other teams, as no one hired him for the 2023 season. But, recently, Red Bull emerged to call their old champion back to the team as their reserve driver, hinting at the removal of Sergio Perez.
By Uzma FatimaNovember 25, 2022Updated:November 25, 20223 Mins Read
Facebook Twitter Pinterest LinkedIn Tumblr Email 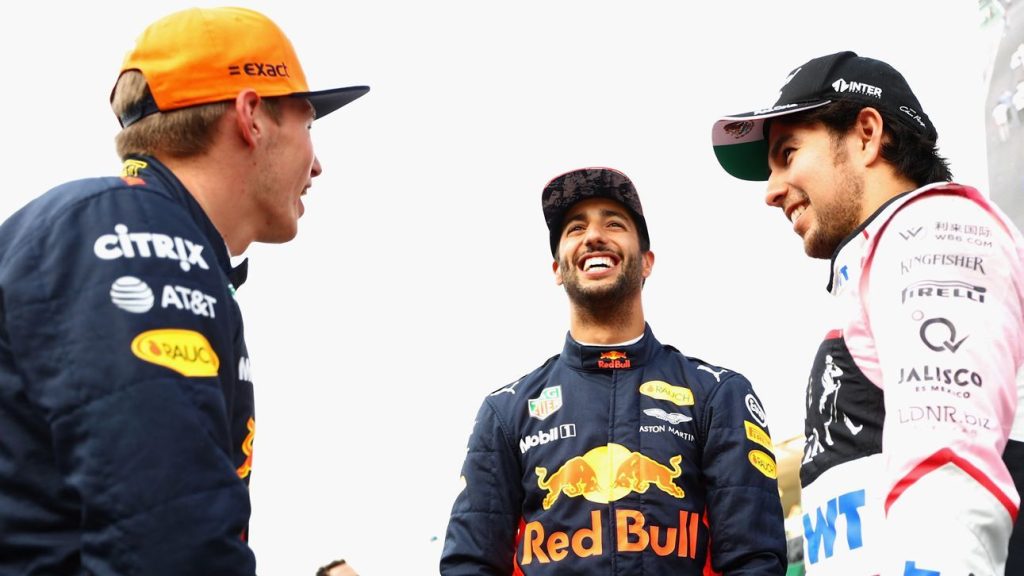 Max Verstappen and Sergio Perez’s recent disagreement in the Brazilian Grand Prix and then the arrival of Max’s old friend Daniel clearly hints at Checo’s removal from the team. However, Christian Horner has recently come out to clear all the doubts. He explained that Daniel Ricciardo had been hired only for a specific reason and just as a reserve driver. There’s no chance that Daniel will be replacing Checo next year or anytime. Despite the controversy that took place between the Red Bull drivers in Interlagos, Horner insisted on having a very relationship between Max Verstappen and Sergio Perez.

According to Christian Horner, Red Bull is complete with Verstappen and Perez’s partnerships as teammates. So far, no such reason has occurred that allows the pair to get split. Fans were confused about why Daniel Ricciardo had to come back to the team if there was nothing wrong going on between the drivers.

For the confusion, Red Bull’s principal simply tried to explain that Daniel’s arrival and contract as a third driver are very specific for a very specific reason, but it does not mean that Checo will have to leave the seat. Sergio Perez has already signed a deal with Red Bull till 2024. And, before that, he is going nowhere, even if Daniel Ricciardo came back.

Apparently, Christian Horner is very much happy with the pair, as they have been proved fruitful for the team. He believes that Sergio Perez felt more comfortable in Red Bull early this season than he was when he joined during the Corona Pandemic. The boss has admitted that Max Verstappen and Sergio Perez’s partnership has been very “phenomenal” for Red Bull.

Even after the on-track controversies, both drivers have been loyal to each other. And raced very well together for the team. “We have got no such reason to see that being any different tomorrow or thereafter,” said Horner.

When Max Verstappen refused to follow the team’s order in the Sao Paulo Grand Prix to let his teammate Sergio Perez, pass through him, Checo got hurt. In response, he said, “This shows who he[Max Verstappen] really is.” Speaking to the reporters, Checo expressed his disappointed feelings. He said, “after what I have done for him[Max versatppen], this is very much disappointing.”

Listening to those statements, people thought Sergio would probably resign from Red Bull, as its lead driver, Max Verstappen, is becoming a pillar in his growth. But soon after, the boss appeared to explain that both had sorted everything and were hand shaken. They have no hard feelings for each other.

Following the controversy, Ralf Schumacher admitted that Daniel Ricciardo has a great chance to join in and replace Sergio Perez. And this is what happened. But surprisingly, Ricciardo is not replacing Perez. He will just serve the team as a reserve driver for the upcoming season.