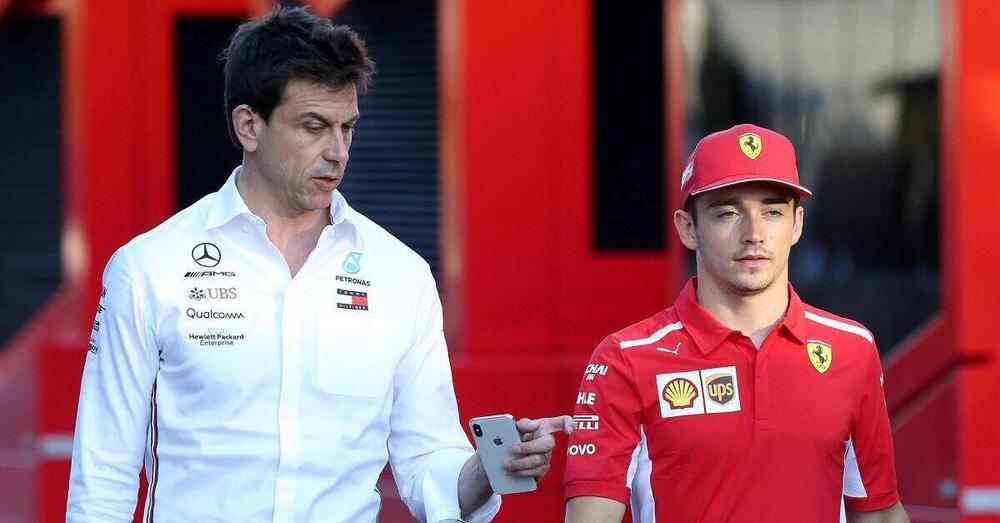 Ferrari’s ace, Charles Leclerc, is the runner-up in the 2022 Formula One season. He won 3 Grand Prix races this year, the most after the world champion Max Verstappen. In the Abu Dhabi Grand Prix, Leclerc finished second on the podium, which rounded off the season in pride for the Scuderia team. He is indeed talented and capable of fighting with the Red Bull drivers. Now apparently, his talent has attracted the Mercedes principal. But what are the chances that Charles Leclerc will replace Lewis Hamilton in the future? Keep reading to know.

Leclerc’s contract with the Prancing Horse is ending in 2024. And so far, no news of a deal extension has emerged. Speaking to the L’Equipe media about Mercedes’s attraction towards him, he pointed out that 2024 is still a very long time away. There is still time left with him at Scuderia Ferrari. And, the most important thing, “Ferrari has always been my dream,” said Charles Leclerc.

However, the past 2022 season has been very disappointing for the 25-year-old Monegasque driver. The F1-75 was not able to reach the driver’s limits. Charles Leclerc had to waste his talents because Ferrari cars were weak in comparison with the Red Bulls. The team had to end their improvements way before the closing races because only in the mid-season the Scuderia Ferrari team reached the cost cap. Bringing any updates to F1-75 would have taken the team to commit to breaching the budget.

Some of the reports say that there’s something going on between Charles Leclerc and his boss Mattia Binotto. After the British Grand Prix, the pair developed a sort of rivalry and tension in the paddock. Even several rumors hinted that Mattia is losing his job at Ferrari. Though all of them were without foundation, later, the team clarified.

When Charles Leclerc’s contract with Ferrari will end, there will probably be a seat empty in the Mercedes car. Lewis Hamilton will be turning 40 after 2024. Currently, Hamilton is 37, and his deal with Mercedes-AMG-Petronas is ending in 2023. However, Mercedes has confirmed that Lewis is staying for a longer time with them.

Maybe Hamilton will only drive for one more year, till 2024, when he will be 39. In many interviews, the seven-time world champion has mentioned that he never wants to drive in his forties. So if in case Lewis Hamilton and Charles Leclerc leave their seat at Mercedes and Ferrari respectively after 2024, there are chances for Leclerc to replace Hamilton.

Once upon a time, in 2020, Mercedes boss Toto Wolff claimed that as long as a team provides strong cars, it has the freedom to choose who drives it. He never denied the fact that young talented drivers like Max Verstappen and Charles Leclerc could easily tempt him.

At present, no one can move Lewis Hamilton from Mercedes anytime near until the champion himself does not want to. In previous interviews, he explained that he wants to retire from F1 in his forties. Yet, there is a target of another championship. If Hamilton clinches his eighth championship, most probably, he will leave the seat, and then the Mercedes door will be open for Charles Leclerc.