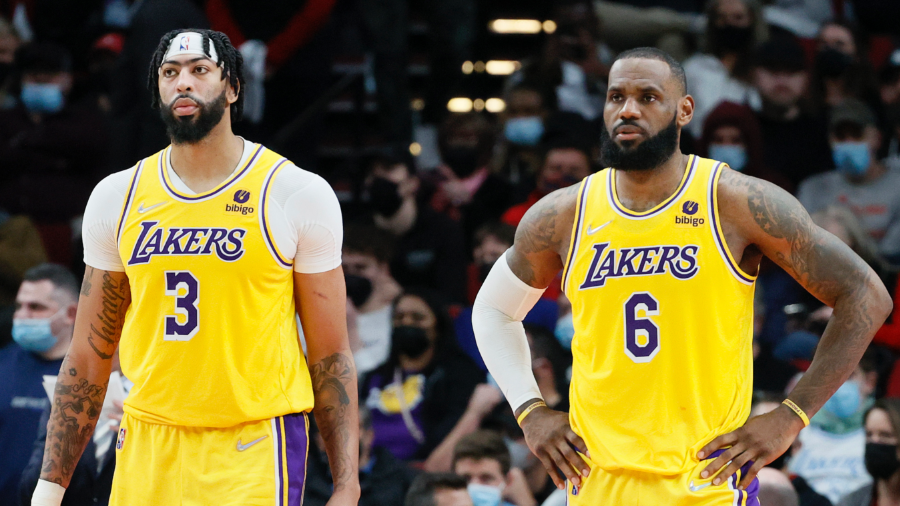 The Los Angeles Lakers are looking to turn their tables as they have won the last three games in the league. With LeBron James on the sidelines, Anthony Davis is grooving all over the court. The 29-year-old is enjoying his game and scoring above 30 points. Although the team is missing King James, the team is doing better without him.

The Lakers have finally solved the problem of playing the second half. Since the start of the season, the Lakers are suffering to take control of the second half. However, after the return of Thomas Bryant and Dennis Schroder, the rotation has given the team more stability.

Anthony Davis Is Happy With The Wins

In the team in which LeBron James resides, it is without a doubt that he takes over the leadership role. However, a groin injury has kept him on the sidelines for three games. And the 37-year-old seems to miss more games due to the injury. But in the absence of the four-time NBA champion, Anthony Davis has swept the floor with his supervision over the team. AD has performed exceptionally well in times of need. He has averaged 33 points, 16 rebounds, and 2.3 assists in the last three games. But the question is whether Anthony can perform similarly alongside LeBron.

The injury of LeBron James is not very serious, and the small forward could return in any game. But the head coach Darvin Ham does not want to rush his recovery because they still have a lot of games in hand. Meanwhile, people are worried that AD could lose authority once the big man returns to the roster. But Davis makes it clear that his role will remain unaffected even after the return of King James. The two have dominated the league in the past alongside each other. And the Brow is thrilled with the Laker’s performance in the recent games.

The Lakers were already having a nightmare of a season. And now it is the fourth game that LeBron will miss. The team is not doing badly without the four-time finals MVP, but LeBron James is an important piece of the puzzle. Before the start of the game against the Spurs, the chances of James were slim. And the news blew up when the confirmation came that LeBron wouldn’t play the game against the Spurs. However, the head coach is cautious and delicate with the situation, as LeBron is about to be 38.

LeBron James comes among the generation’s greatest athletes, but age has finally caught up to him. At the age of 37, after flourishing in a career for over two decades, King James could not recover at the same pace he used to. So the Lakers are approaching the issue safely, as he is the priority player for the season. And Ham is ready to wait for his return with a full recovery, as the coach does not want his injury to be a lingering issue during the season.