Aaron Judge Teases His Move To Giants In TIME’s Interview, Named 2022 Athlete Of The Year Award 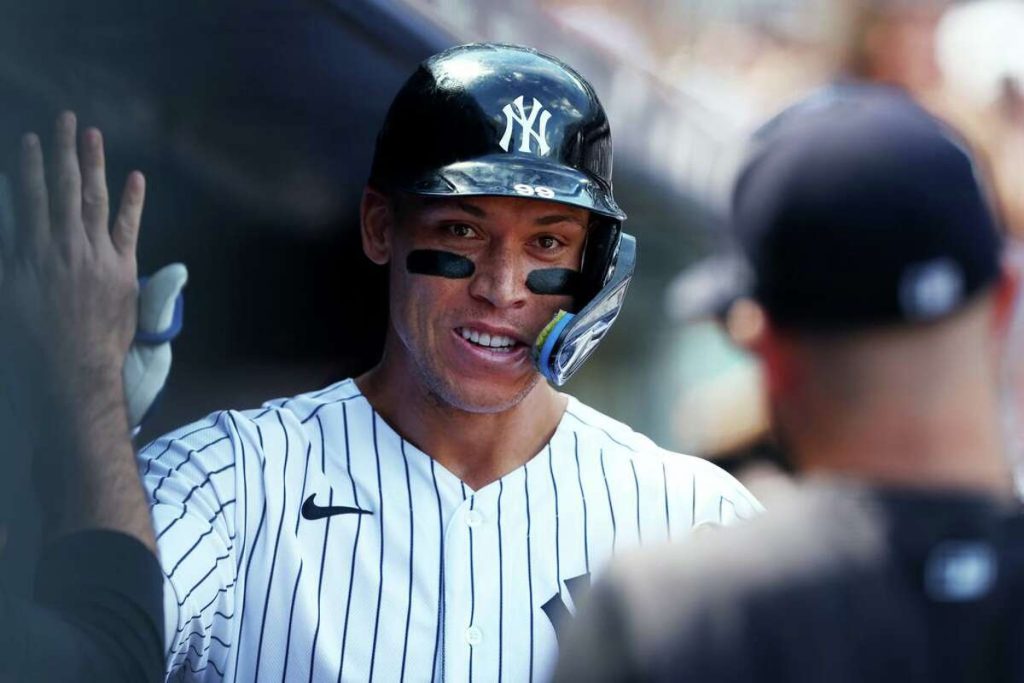 On the occasion of his historic season, Aaron Judge is receiving a huge response from the world. It is his free agency period, and so numerous offers are kept on the table for the player. Now that TIME has chosen him for ‘Athlete of the year ‘ his demand among the Yankees and Giants, and other baseball teams increased even more than before. New York wants Judge to be a Yankee even at the cost of $300 million. Meanwhile, Giants offers whatever the rugger wants!

In the 2022 season, which was his last with the Bronx Bombers, Aaron Judge struck 62 home runs. This was not just the most runs made in the Yankees but also the most that any baseball player ever made in the entire history of the sport. Judge broke the previous single-season American League record of Roger Maris, who scored 61 home runs in 1961 with the Yankees. Moreover, the record-breaker also made 131 RBI and 133 runs with a 0.311 batting average that named him AL MVP for the first time.

So, by the integrity of his achievements, it is obvious if the player is getting more than enough attention in his free agency. After the season and Aaron’s contract with the Bronx got over, they provided another deal of seven years with a $213 salary package. But the slugger refused the offer. According to the reports, the Yankees even got ready to offer him $300 million with an 8-year contract. Also, this got rejected by the record-breaker baseball player. Aaron is still a free agent. However, looking at the facts and behaviors, we can see the player has been inclined toward the GIANTS.

Aaron Judge Upset From The Yankees! Increased Chances For The Giants

If the Yankees give Judge a $300 million eight-year contract, then the Giants will not take long to bring the equaled amount deal with a year extension. After Aaron Judge received the title of the ‘athlete of the year by TIME. He gave an interview that suggested him totally against the Yankees.

In the interview, Judge was found upset with the team because its manager Brian Cashman revealed the internal affairs in the media. Aaron was not expecting the $213, 7-year deal refusal to get public as this could put down his fans. The slugger explained to the reporter that he said, “Hey! let’s keep this secret, in between us”. But it was not just in between the pair. Judge revealed that he was a little upset that the numbers came out. “I understand that it is a negotiation tactic.” said the player. Putting pressure on me, turning the fans against me, and then turning the media on me. I did not like that part of it, ” Aaron Judge added while speaking about Cashman.

So, fans already started guessing that Judge is no more willing to be a Yankee. Now that Giants has adopted the ‘don’t give up on Judge’ nature. It is very much possible that Judge will sign his career-ending deal with San Fransisco.